IMA’s comprehensive image-sound-text archive will be RE-activated by the artists C-drik, starsky, and Norbert Math. They have been invited to inscribe themselves in this memory and to compare this with their own or other memories.

In cooperation with ORF Kunstradio 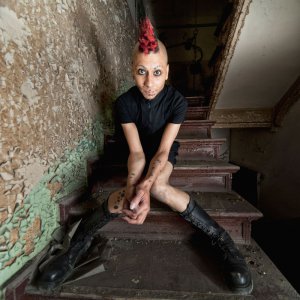 C-drík is a musician and composer born in Zaire (now Congo, DR) who grew up in Belgium. He studied orchestral percussions, declamation, theatre, electro-acoustic and acousmatic music. He is the founder of Syrphe, a label mostly dedicated to some of his works and Asian and African electronic and experimental music. Especially he is collecting and releasing music by female sound artist from Africa and Asia. During his residency at IMA Institute of Media Archeology he will match his – IMA’s – and Kunstradios archive.
http://syrphe.com/c-drik.html

In cooperation with ORF Kunstradio

Norbert Math is a media artist and programmer, who developed the technical framework for the interactive archive of the magical sound machines that were on display in the eponymous exhibition organized and curated by the IMA Institute of Media Archaeology. This archive, which can be accessed online at http://klangmaschinen.ima.or.at/db/, is the point of departure of an artistic exploration of the history and sounds of electronic sound generators and the fascination awakened in us by these tools, devices, and ideas.
http://n.mur.at/

Starsky employs language, phrases, graphics, interactions, moving images, or film. All can be found here, from the striking to the subtile, most often even in one and the same piece of work. Starsky’s projectional dimensions lift ambient-projections and projection-installations to a substantial level that merges image, language, communication and environment to a “Gesamtkunstwerk” (total or integrated artwork). Visualized Emotion – volatile, but unforgettable. During her residency at IMA Institute of Media Archeology she will match her and IMA’s archive, in which she is inscibed already.
http://www.starsky-projections.com/