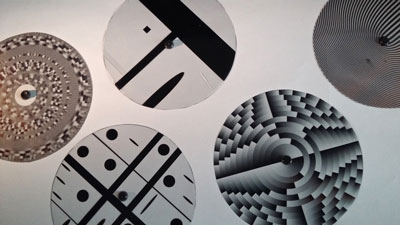 With these words Emerich Spielmann presented the Superpiano on a program broadcast on the Vienna radio station RAVAG in 1929. In 1931 Leon Theremin developed the first optical sound rhythm machine (Rhythmicon) and in the early 30s the Russian composer Arseny Avraamov as well as the German filmmaker Oskar Fischinger began drawing sound waves on film.

In the late 50s Daphne Oram created Oramics, meanwhile in N.Y. at the same time the Austrian composer Max Brand developed an optical synthesizer, which was based on the same principle as Daphne Oram’s Oramic system.

In a series of exhibitions, workshops, talks, and concerts artists and researchers are invited to illuminate the principles of optical sound and to transfer them into the 21st century.